Cinderford Town Under 12s stayed on course to finish the season as runners up in their first season together in the Gloucester league with a commanding 10-1 victory over Hardwicke Rangers last night.

Cinderford took the lead early through Brandon Barnett’s powerful drive and then double the lead shortly after in similar fashion as Brandon picked up his second of the game.  Cinderford were now creating chance after chance but were unable to apply the finishing touches with Jimmy Wicks and Finn Jones going close several times.  They finally added a 3rd last in the half when a Brandon Barnett corner was volleyed in by Finn Jones.

The 2nd half started in much the same fashion with more goals being added by the excellent Finn Jones (4 in total), Brandon Barnett completing his hattrick and late goals from Brandon Donnelly, Taylor Blaby and an excellent finish from Josh Horrobin before Hardwicke pulled back a late goal to make it 10-1.

All in all a great nights work although the side will probably feel that they should have scored more.

Man of the match went to Josh Creed.

Man of the Match: Josh Creed 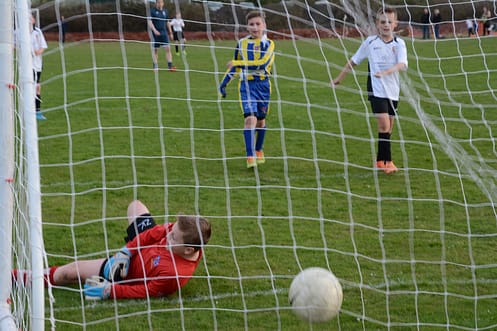 Cinderford Town Under 11 Colts became the latest Town side to reach the semi final of their cups this weekend with a resounding win over GVR Chalford.  Going into the game needing a win to qualify Read more…