Congratulations to our under 18 team who have been crowned as Gloucestershire Under 18 Floodlit League champions following an unbeaten league season.

Needing a point from their final league match at home to Dursley, the Under 18s came back from 2-0 down to win 3-2 with goals from Harry Clark, Taylor Blaby and Dan Brain.

The result capped a great season for the Under 18s who also reached the Herefordshire County Cup Final, eventually going down to Kidderminster Harriers in the final at Edgar Street.

The club will be running trials for next seasons’ under 18 side this July, with 5-6 members of the squad being too old for next season’s side, we are keen to recruit top quality replacements for the league defence.

To register for a trial for next season in both the Under 18s, or in any of the other age groups, please visit www.cinderfordtownyouthfc.co.uk/trials

Want to play for Cinderford Town? 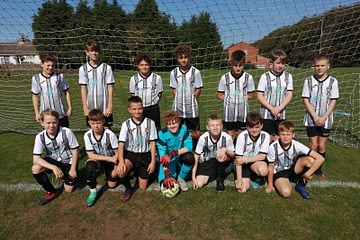 Cinderford Town are looking to add several players to their Under 14 squad. Games are on a Sunday afternoon in the Cheltenham Youth League Division One with training on a Wednesday evening. Players will benefit Read more…

** Additional Dates ** Cinderford Town will be running their summer holiday football camp during July and August on the following days, the camps are open to all children aged 5-13… July 22nd, 23rd, 26th, Read more…