After a busy weekend of football we’re pleased to say that the tournament was a complete success.  The standard of football throughout the weekend was really high and all teams and players did themselves proud.

Saturday saw the Under 7s, 8s and 10s in action and Cinderford sides excelled with the Under 7s and Under 8 Blues both unbeaten.  The Under 10s also performed superbly with Cinderford Town Under 10 Colts reaching the Cup semi final where they lost to eventual winners FC Highnam despite dominating the game. Cinderford Town reached the final where they also lost to FC Highnam, again in a game they feel that they should have won.

Sunday saw the Under 9s and Under 12s in action, again the Under 9s remained unbeaten throughout the tournament playing some great football in spells.  Both Cinderford Town Under 12 teams did the club proud as well, progressing through to the Plate semi final where they met each other, Cinderford Town beating Cinderford Town Whites 1-0 before losing on penalties to Quedgeley Whites in the final.

Photos from both days are available at…. 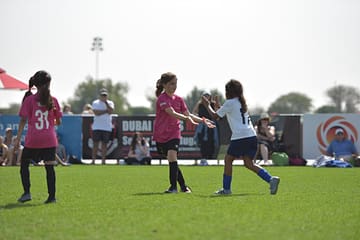