We’re delighted to announce that we’ve agreed a new sponsorship deal with Total Teamwear UK for next season.  As part of the deal Total Teamwear will also be sponsoring our summer tournament in May.

The Newport based company will be supplying kits for next season’s Under 10 (current Under 9s) and Under 11 teams (current Under 10s), images of both kits are below.  The Under 10s will be wearing white next season whereas the Under 11s will switch to blue.  Both current kits will continued to be used in the club, details to be confirmed shortly.

We’d like to say a big thank you to Total Teamwear UK for their sponsorship and support. 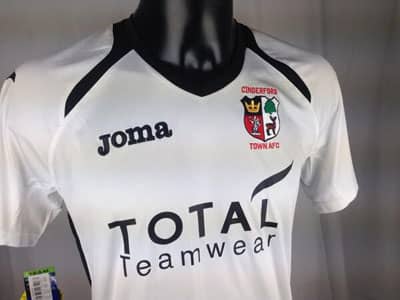