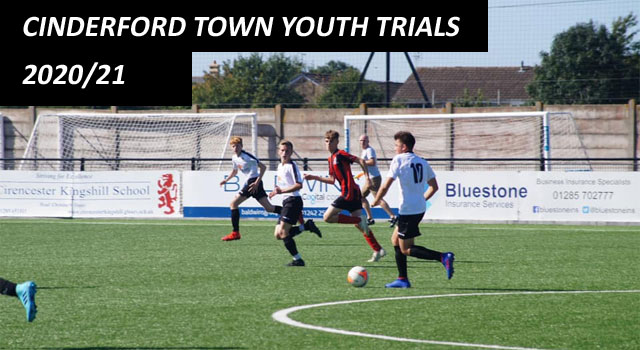 We will be running youth football  trials for next season this coming June and registration is now open.

We will be running sides in the following leagues Gloucestershire Floodlit League (Under 18s), Junior Premier League, Cheltenham Football League, Severn Valley Youth League and the Mid Glos Mini Soccer league.  We will be running teams in all age groups, from Under 7s through to Under 18s.

If you would like for your child to attend a trial, please complete the form below and we will be in contact with all the information on the upcoming trial dates.

We plan to run the following teams…

We are also looking to add 1-2 coaches to the setup for next season.  If you are interested, please get in touch via our contact form.

Current players do not need to register as they will automatically be invited to trials.

NB: If you disagree with the concept of trials or unwilling to accept the possibility that your child may not be selected, please do not register.  Cinderford Town is a club run in a small town with limited facilities and as such can only accommodate a certain number of teams and players.  The club aims to provide a pathway through to Southern League football and higher by providing opportunities for young players to play at as high a level as possible through competitions including Floodlit football and the Junior Premier League.